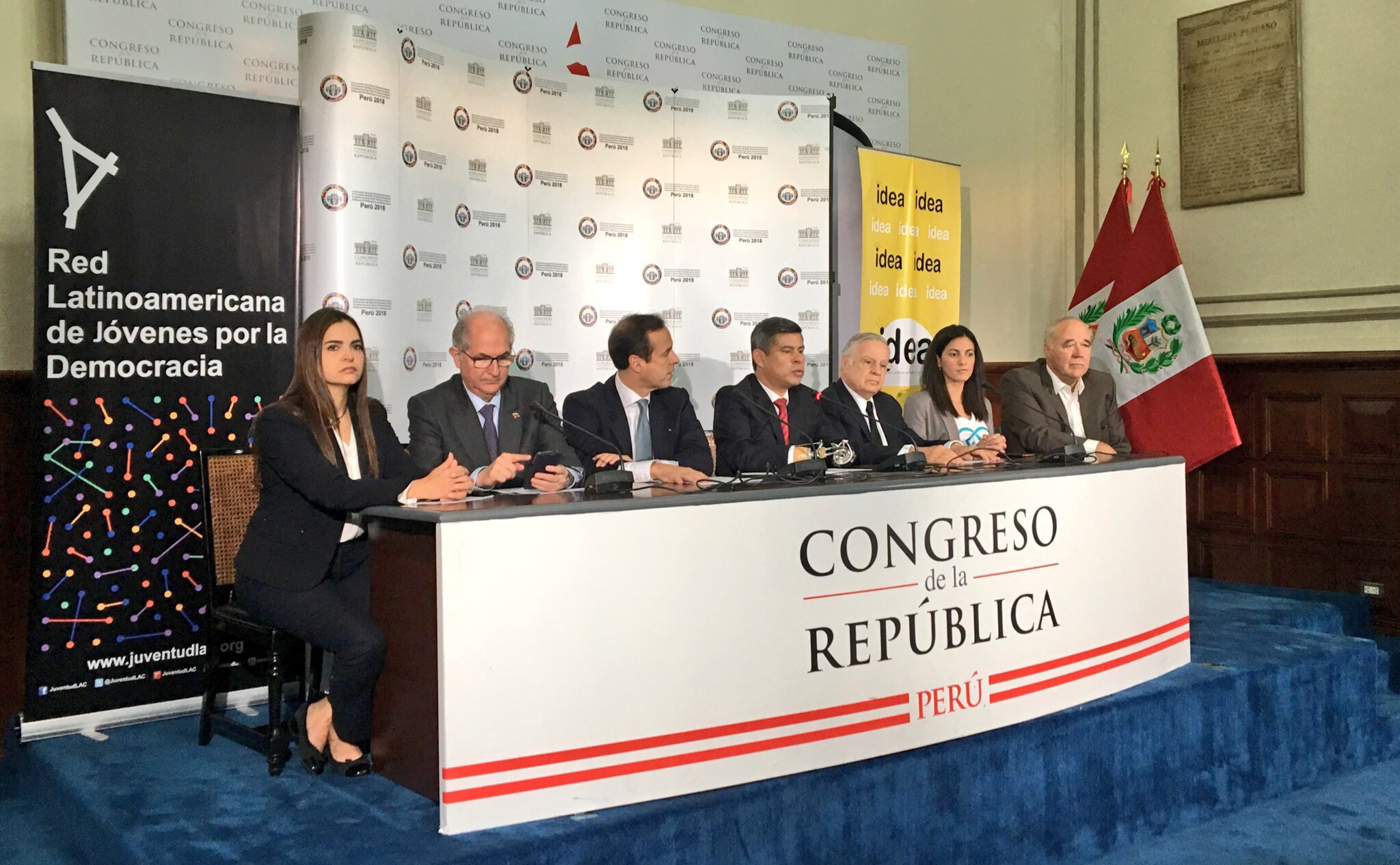 A group of former heads of state from Latin America joined Cuba Decide and Rosa Maria Paya yesterday to denounce the Castro dictatorship’s “new” government in Cuba. The fake elections that took place earlier this year on the island and the upcoming scheduled presidential “election” does not give a voice to the Cuban people or reflect their will. It is instead a political ruse ensuring a dynastic succession of the apartheid Castro dictatorship.

The Castro family will continue to rule in Cuba regardless of who they choose to be “president.” The “new” government set to take over on April 19th is nothing more than a carefully orchestrated maneuver designed to distract the Cuban people and fool foreign observers. Its true objective is to protect the Castro family dynasty’s stranglehold on power and secure their economic and political future for decades to come.

Unlike many in the media and other world leaders, the signatories on this letter are not fooled by the Castro dictatorship’s scheme or the apocryphal presidential elections they are staging in Cuba.

Former Latin American presidents on Wednesday urged participants in the upcoming VIII Summit of the Americas to reject the new Cuban government scheduled to take power next week.

The former leaders of Costa Rica, Miguel Ángel Rodríguez, and of Bolivia, Jorge Quiroga, issued the statement on behalf of the 37 former heads of state and government that are part of the Democratic Initiative in Spain and the Americas.

They urged summit participants to “reject the presidential elections called by the dictatorship” and “refuse to recognize as legitimate the newly elected members of the National Assembly, the Council of State and its president because they do not represent the will of the people.”

The declaration, read from the halls of the Peruvian congress, also demands an end to the Cuban government’s repression of opponents and the release of political prisoners.

Latin American leaders who will meet at the Summit of the Americas on Friday and Saturday “have a commitment to democratic stability in the region,” Payá said. “It is time for democracies in the Americas to pay their historical debt to the Cuban people.”

They also demanded the release of political prisoners and official recognition of the Cuban opposition as legitimate political players, and asked for more economic and political sanctions against the Cuban government. Quiroga and former Colombian President Andres Pastrana traveled to Havana last month to receive the Oswaldo Payá Liberty and Life prize, but were turned away by authorities at the airport.