Vice President Mike Pence did not mince words at the Summit of the Americas in Peru. During his remarks to the First Plenary Session of the summit, Pence took Cuba’s murderous Castro dictatorship to task as well as its puppet dictatorship in Venezuela, which is attempting to turn that country into another communist hellhole like Cuba.

After Vice President Pence made his remarks, summit organizers allowed the Castro regime’s foreign minister, Bruno Rodriguez, to take the podium and offer a “rebuttal.” This move, however, was an apparent break with protocol since Pence and his staff had been told he would be the last speaker of the session.

After 59 years of excuses for a miserably failed revolution and a brutally repressive and murderous dictatorship, Rodriguez was not about to offer anything new to justify the Castro regime’s vile existence. Pence was not about to sit through another mendacious soliloquy by another Cuban communist apparatchik, so he simply got up and walked out.

Vice President Mike Pence’s office says the vice president walked out of the Summit of the Americas when Cuba’s foreign minister was recognized to speak after him.

Pence deputy chief of staff Jarrod Agen says Pence had been told he’d be the last speaker of the plenary session in Lima, Peru.

In his remarks, Pence denounced Cuba as a “tired communist regime” that impoverishes its people and denies them fundamental rights.

Cuba’s foreign minister, Bruno Rodriguez Parilla, was recognized to offer a rebuttal. When Pence realized that Cuba’s representative was speaking, he conferred with an official with the Organization of American States and then walked out of the session.

Pence later met with Caribbean leaders before departing Lima to return to Washington.

We congratulate the Vice President on not only speaking the truth about Cuba and Venezuela at the Summit of the Americas, but for turning his back and refusing to be give an audience to a representative of the bloodiest, most repressive, and most murderous dictatorship in the Western Hemisphere. 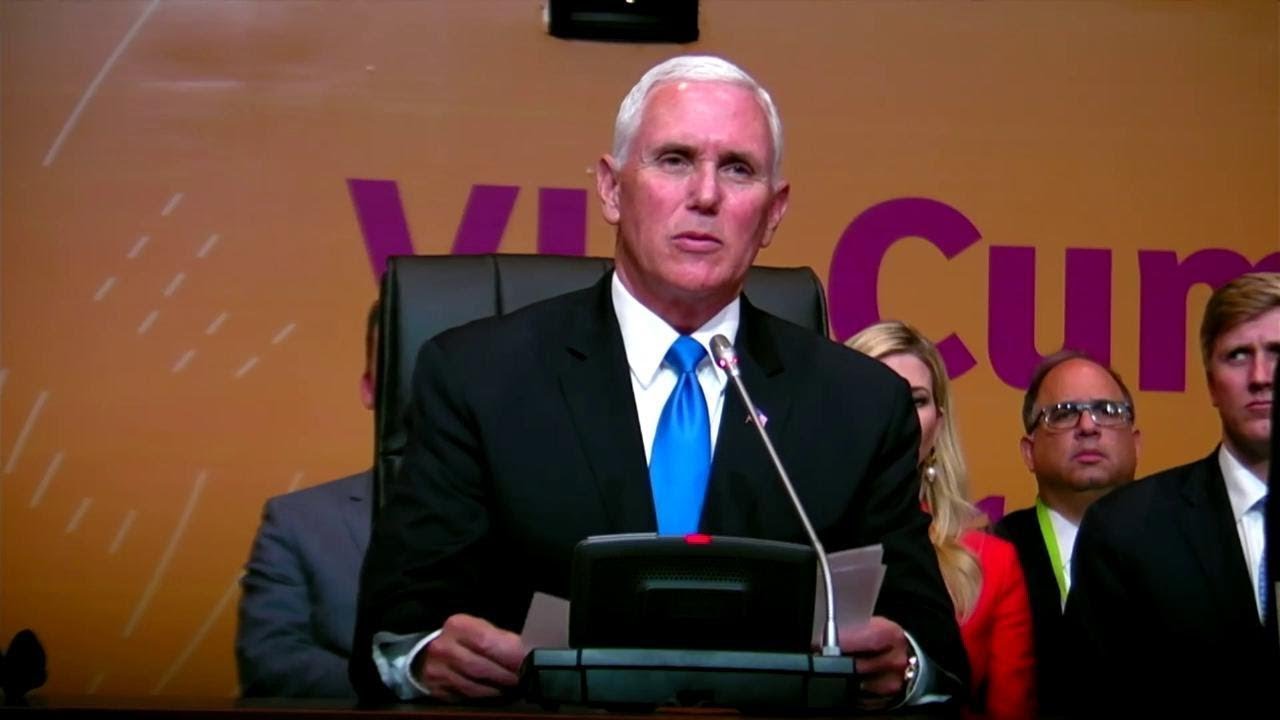