Few images can provide such a perfect example of the ultimate outcome of socialism and a socialist healthcare system: 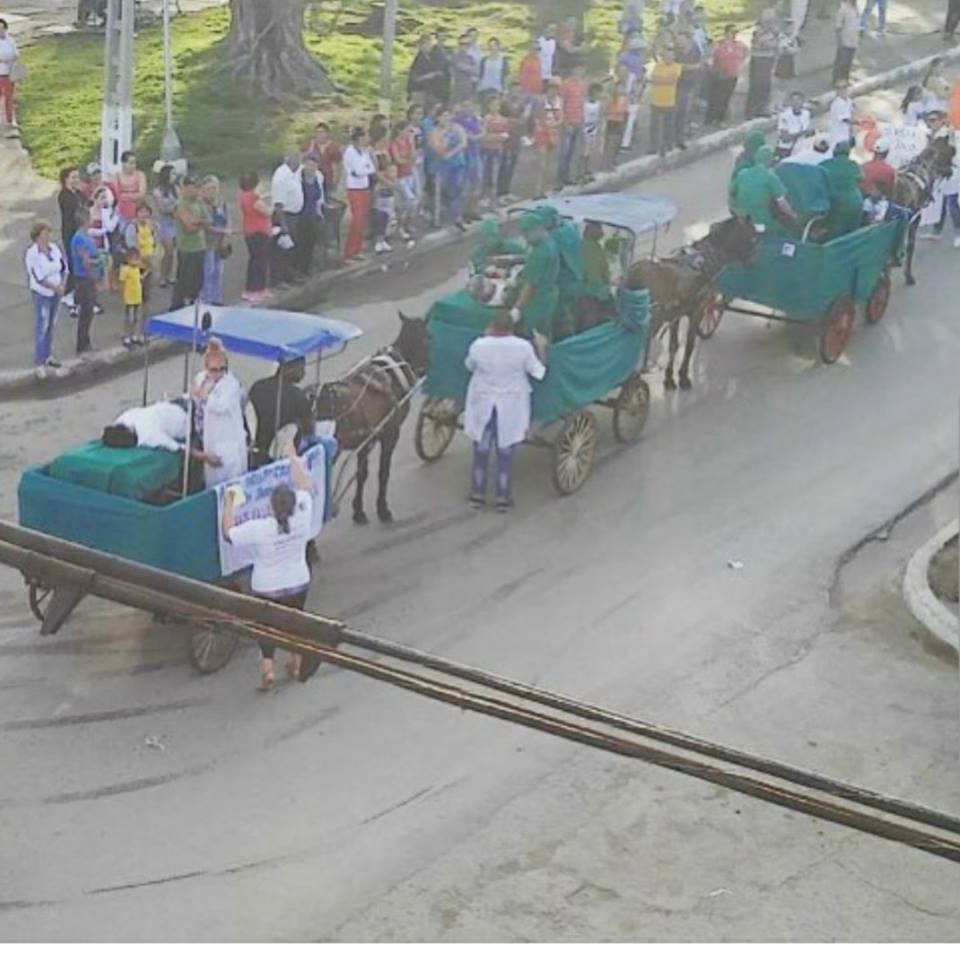 The photo above (via Antenna305.com) was taken in Placetas, Cuba as healthcare officials showed off the new ambulances the town received from the Castro dictatorship. Due to the inherent widespread shortages in socialist economies, the communist Castro regime has had to resort to horse-drawn carriages as ambulances due to the lack of fuel.

1 thought on “Photo of the Day – Cuba’s vaunted socialist healthcare takes delivery of newest, most cutting edge technology in ambulances”