Ignacio Gonzalez reports in 14yMedio from Havana via Translating Cuba:

Residents of 1762 Calzada del Cerro have spent years denouncing the bad condition of the building, constructed in 1940. In 2005, armed with an official report that declared that the building’s technical state was “bad, inhabitable, repairable,” the mother of one of the residents sent a request to Carlos Lage, then vice-president of the Council of State, asking him to intervene. Thirteen years have passed without a solution and the residents suspect that the building is now in such a state that it can no longer be repaired. 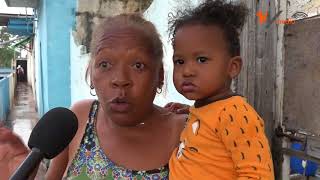