“VIVA FIDEL!…FIDEL!-FIDEL!-FIDEL!” chanted the enraptured crowd (which included  Maxine Waters and Charles Rangel) who greeted the jailer and torturer of longest suffering black political prisoners in  modern history. This racist torturer was being honored at Harlem’s Riverside Church on Sept. 9, 2000. The overflow (mostly black) crowd packed the church to suffocation and spilled from the doors onto the streets and sidewalks.

“I came to Harlem because I knew it was here that I would find my best friends!” beamed the Stalinist dictator who would have nuked Harlem but for the prudence of the Butcher of Budapest. At the “best -friends”  comment, the crowd– inside the Harlem church that might still be radioactive except for Khrushchev’s foiling the honored guest’s  fondest wish in October 1962– went absolutely crazy with adoration and joy.

By the time of Fidel Castro’s Riverside Church extravaganza, Rep. Maxine Water’s fleeting lapse in her Castrophilia had been contritely clarified and forgiven. Two years earlier, you see, she had voted in favor of a congressional resolution calling on Castro to kindly refrain from harboring fugitives from U.S. law, including convicted cop-killer Joane Chesimard. 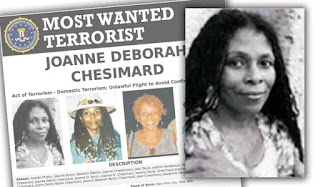 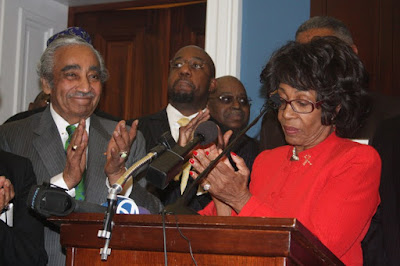 “Dear President Castro,” Maxine Waters wrote on Sept. 29, 1998, “I am writing to clarify my position on a resolution recently passed by the United States House of Representatives on Sept. 14, 1998. I, and some of the Members of the Congressional Black Caucus, mistakenly voted for House Concurrent Resolution 254 (which asked for the return of convicted cop-killers including Joan Chesimard from Cuba.)

“No hard feelings,” seemed like Castro’s response. And in light of Maxine Waters’ political career-long solicitude for his racist/Stalinist regime’s economic welfare–who could blame Castro?  In this form of solicitude, perhaps only Charles Rangel and Jeff Fake could top Waters…….Le RRRONCA!!!

“Humberto Fontova is a gifted polemicist who pulls no punches. A great service for liberty, justice and truth.” (The Weekly Standard  on Fidel; Hollywood’s Favorite Tyrant.)]

“READ MY BOOKS, Soledad!–THEN get back to me!”