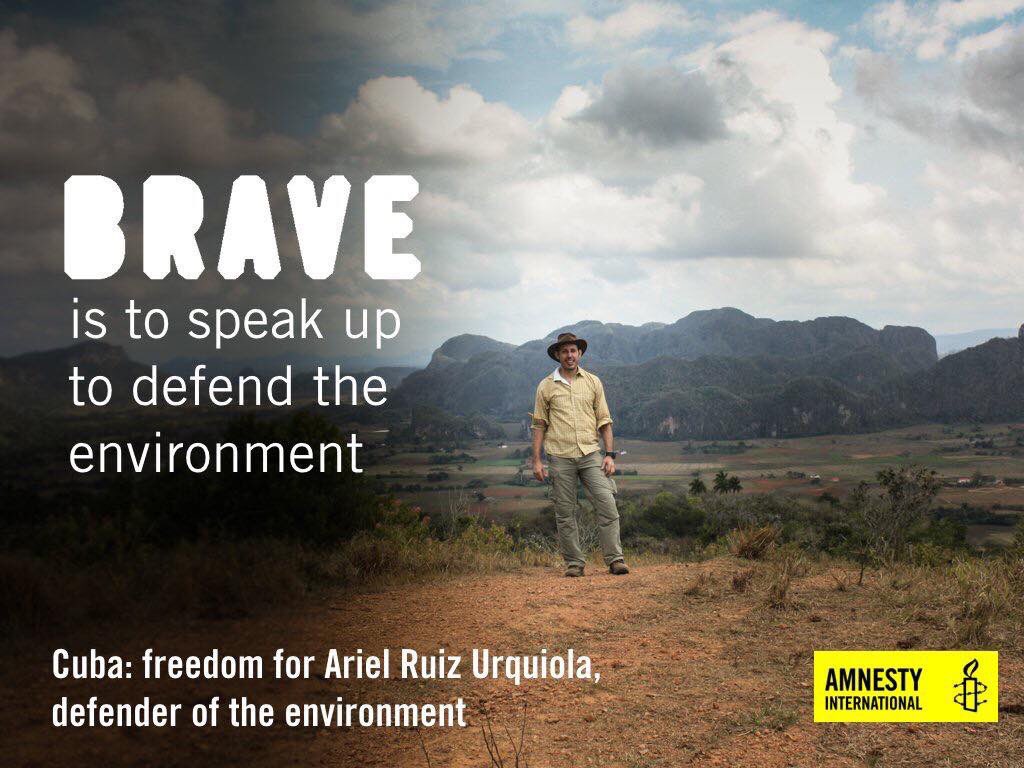 A SUREFIRE way to tell the difference between an authoritarian state and an open democracy is the matter of respect. In a free society guaranteed by law, people enjoy a rare and precious right to say what they want, even if critical of their leaders. By contrast, in an authoritarian state, disrespect of the powers is illegal. And that is why Ariel Ruiz Urquiola, an environmentalist, is in prison in Cuba. He was convicted of “disrespect” in remarks to a forest ranger and sent to jail for a year.

In protest, he has been on a hunger strike, and sources tell us his life is in danger. He should be released immediately to avoid compounding the theft of his freedom with the loss of his life.

Mr. Ruiz, 43, who was a biology researcher at the University of Havana, has been a voice of inconvenient truth in Cuba for some time. He got in trouble several years ago when he questioned the fishing of endangered sea turtles in Cuba. In 2016, he was expelled from the University of Havana. He decided to launch a farm and environmental project in Viñales in western Cuba aimed at preserving several species. He has been outspoken about ecological abuses he discovered in the region, marked by low mountains and the verdant Viñales Valley.

On May 3, forest rangers visited his farm and questioned him about building a fence and cutting down trees with a chain saw. He said he had permits and asked them to come to the house to see them. On the way, he asked the rangers to show identification. One refused, and he called them “rural police,” a term the rangers interpreted as “rural guards,” recalling a repressive force under the dictatorship of Fulgencio Batista in the 1950s. He was arrested. He was convicted of “disrespect” of the rangers and on May 8 given the maximum sentence of one year in prison. His sister, Omara, told the Miami Herald, “Ariel is a bothersome presence for authorities in the region .?.?. They have invented all this to get him out of there, to stop him from denouncing the abuses in the mountains.”

The same motive explains the continued unjust incarceration of Eduardo Cardet, the national coordinator of the Christian Liberation Movement founded by the dissident Oswaldo Payá, who died in a suspicious car wreck nearly six years ago. Both Mr. Cardet and Mr. Ruiz are victims of the police state established by Fidel Castro, who died in 2016, and his brother Raúl, who left the presidency earlier this year. Their legacy lives on. The Cuban penal code provides punishment for anyone who “threatens, slanders, defames, insults, injures or in any other manner abuses or offends, by word or in writing, the dignity or decorum of an authority, a public functionary or their agents or assistants.” In other words, the state demands respect — but does not respect the right to speak out.

We are a participant in the Amazon Services LLC Associates Program, an affiliate advertising program designed to provide a means for us to earn fees by linking to Amazon.com and affiliated sites.