While the news media is busy talking about “reforms,” a “new” president, and a “new” constitution in Cuba, the Castro dictatorship continues to do what it has done for nearly sixty years: systematically and brutally repress the Cuban people.

Two human rights activists were arrested in Cuba on August 3rd after the Cuban State Security staged an automobile accident. Their friends and families have not seen or heard from them since.

Cuban activists not seen since August 3rd in custody of State Security, families fear for their lives

Castro regime tried giving Jose Daniel Ferrer Garcia the death penalty in 2003 for his role in a petition drive. 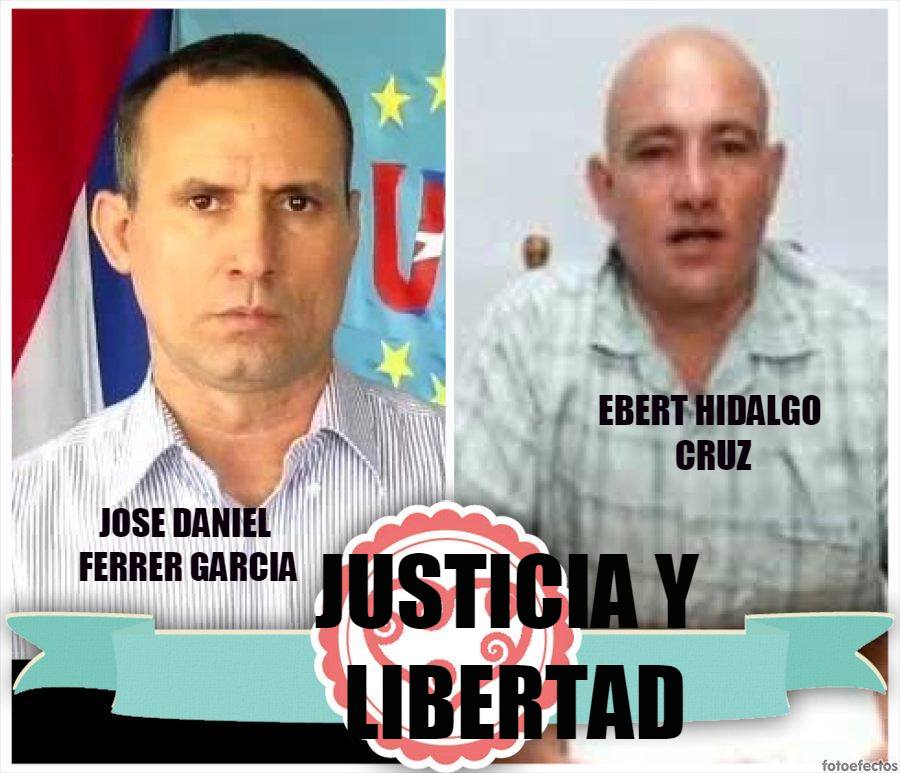 Activists not seen since Friday, August 3rd
On the night of August 3, 2018 Castro agents detained Jose Daniel Ferrer Garcia, the leader of the Eastern based Patriotic Union of Cuba (UNPACU), at the organization’s principle headquarters in Altamira, Santiago de Cuba, reported his sister Ana Belkis Ferrer Garcia over twitter.

Liettys Rachel Reyes, Ferrer Garcia’s wife, reported over Facebook that Dainier Suárez Pagá, a Cuban state security agent with a violent history was involved in an incident involving a car. Later it was learned that Jose Daniel was detained along with fellow UNPACU activist Ebert Hidalgo.Ana Belkis identified a second regime agent named Dairon who lead a dozen Castro sicarios, in their two patrol cars in an operative against Jose Daniel on Friday night during the detention.

Three days have passed and neither Jose Daniel or Ebert has been seen by friends or relatives. They are concerned that they have been beaten up or worse.  Liettys Reyes over twitter has demanded her husband, the father of her daughter, be immediately released.

An opposition family
One must review the historical record to understand the special animosity that the Castro regime has for the Ferrer Garcia family.  José Daniel Ferrer García, his brother Luis Enrique Ferrer García and sister Ana Belkis Ferrer García have a long history of opposition activism.They were born into a working class family in the neighborhood of Manganeso in Santiago de Cuba. Both brothers began their activism in the opposition in the Movimiento Cubano de Jóvenes por la Democracia (Cuban Youth for Democracy Movement), and by the mid nineties had become members of Movimiento Cristiano Liberación (Christian Liberation Movement).José Daniel emerged as a leader in Santiago de Cuba and Luis Enrique in Las Tunas.

Both Jose Daniel and Luis Enrique were regional leaders who also became regional organizers of the Varela Project. They both persuaded and organized other Cubans to knock on doors and get their fellow citizens to sign their names and giver their identity numbers in a petition demanding democratic and human rights reforms to the Cuban Constitution. On May 10, 2002 the first batch of 11,020 signatures were turned into the National Assembly. Less than a year later the majority of the organizers of this initiative were rounded up beginning on March 18, 2003. Seven months later more than another 14,000 signatures were turned in.

Both Ferrer Garcia brothers would face summary trials and a hostile courtroom. Both men demonstrated their courage during their respective political show trials.