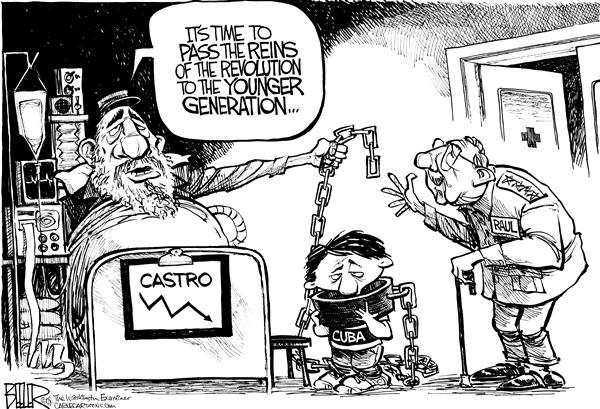 “Que barbaridad” is all I could say after reading Ziva’s post about abortion yesterday.

The massive use of abortion is further evidence of the regime’s moral corruption. They see babies as potential mouths to feed or more trouble for a regime that never has enough supply of anything.

The other consequence of abortion is the aging of the Cuban population:

A depressed birth rate means two things: The population grows at a reduced pace, and the overall population is older.
Cuba is already seeing its population growth start to plateau. Plus, a large percentage of the population falls into the 40-to-60 age bracket, which means that in a few years the younger generation will need to support a large number of retirees.
In fact, by 2021 more people in Cuba are expected to leave the work force than to join it; by 2026 more Cubans will die than be born; and by 2050 the number of people in Cuba over age 60 will reach 3.5 million, or 36% of the population, according to figures cited by the British ambassador to Cuba, Tim Cole.

What a legacy of communism in Cuba — an aging population, young women with four abortions and tourists with dollars can buy condoms but the locals with pesos can’t. What a horrific revolution, is all I can say.