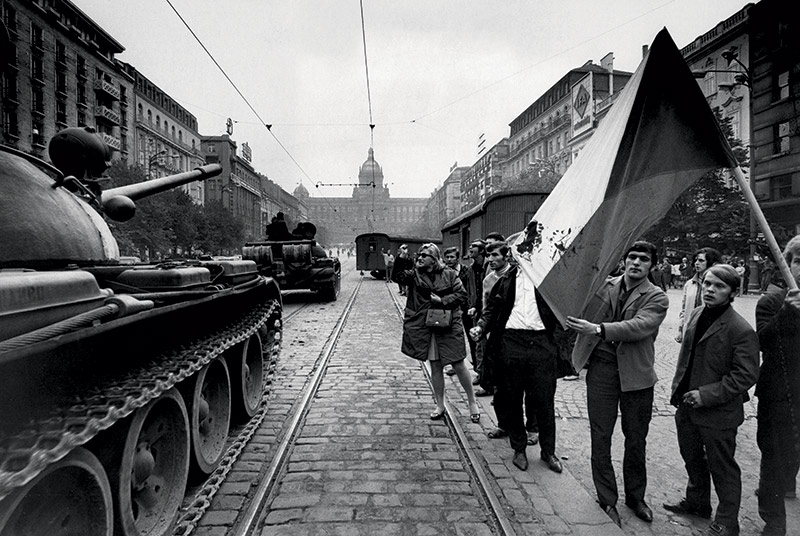 Some of us are old enough to remember this day:

“On the night of August 20, 1968, approximately 200,000 Warsaw Pact troops and 5,000 tanks invade Czechoslovakia to crush the “Prague Spring”–a brief period of liberalization in the communist country. Czechoslovakians protested the invasion with public demonstrations and other non-violent tactics, but they were no match for the Soviet tanks. The liberal reforms of First Secretary Alexander Dubcek were repealed and “normalization” began under his successor Gustav Husak.”

It was a dark day for freedom.

Like the Hungarians in 1956, the people of Czechoslovakia were given a test of Soviet “tolerance.” The “Prague Spring” was all about freedom and reforms but the Kremlin did not accept it and sent the tanks in.

A sad day for those of us who were watching from the West. We remember today all of the people who stood up to Soviet tanks in Prague.