“If I were President of the United States, I would order an investigation on the downing of those brave men (Brothers to the Rescue) who were murdered under orders of Fidel and Raúl Castro, and I would indict them…I would be prepared to open that investigation immediately. It seems to me that the radio intercepts show very clearly that the shoot down of that airplane was orchestrated as an act by the Cuban government.” (Sen. John Mc Cain, Jan. 2008.) 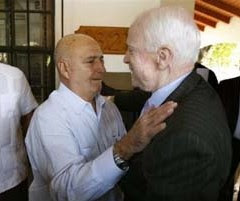 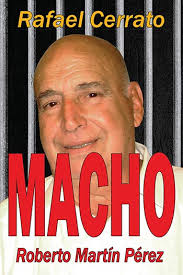 When John McCain addressed a crowd of Bay of Pigs freedom-fighters and former Cuban political prisoners during his 2008 campaign he learned that he and his fellow POW’s in North Vietnam had shared torturers with the Cuban-American freedom-fighters then hosting and applauding him, which included the longest-suffering political prisoners in modern history, having suffered prison camps, forced labor and torture chambers for a period three times as long in the Castro/Che Gulag as Alexander Solzhenytzin suffered in Stalin’s Gulag.

“Anything that I and my friends might have experienced is nothing – nothing — compared with what some of the men in this room (former Cuban political prisoners) went through,” a gracious John McCain said as many of his hosts misted up.

“I’m introducing a man who suffered the prisons, as I did,” said Cuban freedom-fighter and former political prisoner  Roberto Martin-Perez, who introduced McCain on the podium.  “This honor that’s been conferred upon me is not only mine but the thousands of victims who have suffered because of this terrible doctrine’ (Communism.)”

Senor Martin-Perez suffered 28 years in Castro’s Gulag, repeatedly spitting in the face of the Communist torturers who demanded his “confession.” Thus The Huffington Post, denounced Senor Martin-Perez (who also narrated a Spanish-language McCain campaign ad in 2008) as a “terrorist,” and painted McCain’s association with him as the Republicans’ own Bill Ayers scandal. 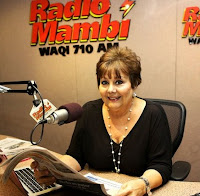 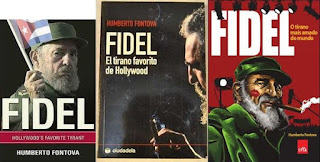