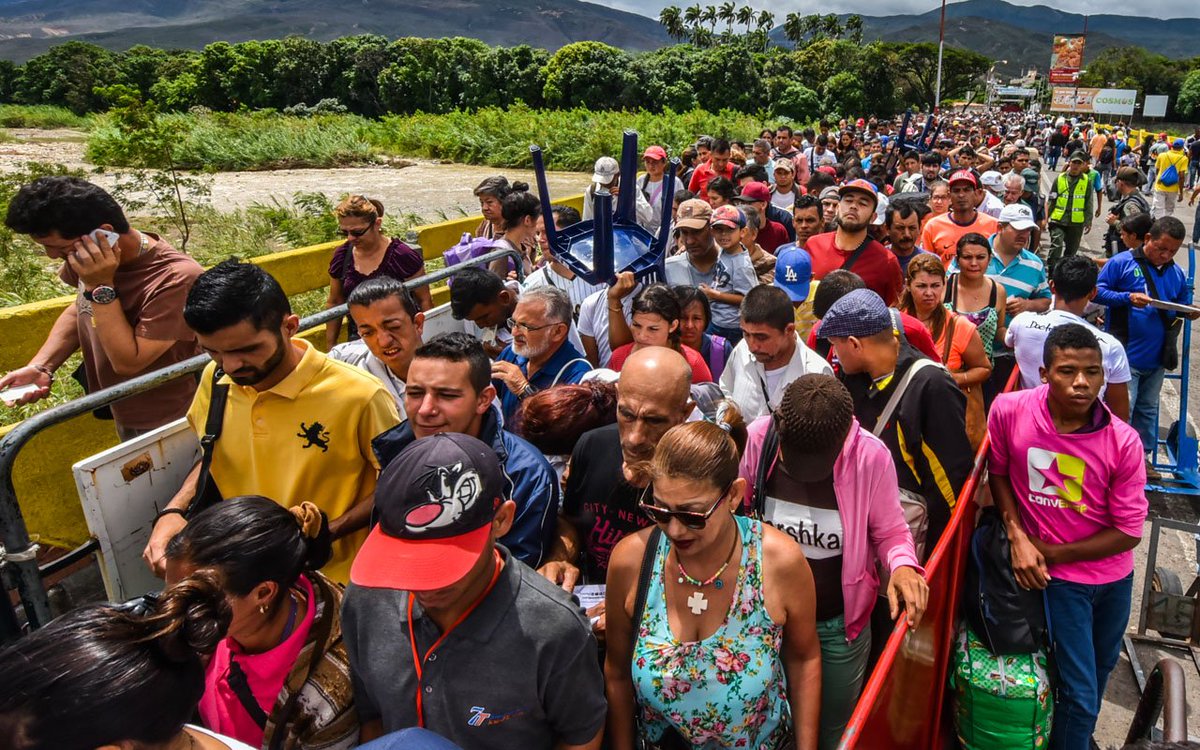 An unmistakable indication of the unbridled Cubanification of Venezuela: citizens fleeing state-imposed misery and poverty.

Jorge Rodríguez, Venezuela’s Vice-President of Communications, stated that Venezuelans now emigrating en masse will return to the country, attracted by the economic recovery that will be brought about by the measures passed by Nicolás Maduro.

Diosdado Cabello, president of the ruling National Constituent Assembly (ANC), blamed the major media outlets for campaigning against these measures by publishing images of Venezuelans bound for other countries.

In Cuba we know a thing or two about the kind of return Rodríguez refers to, one involving returnees and remittances, but without any economic recovery in the country, and not even coming close to inciting them to return. We have also seen how a regimen of incompetents always blames another for popular discontent and these stampedes: according to Castroism, it was the Cuban Adjustment Act that impelled Cubans to emigrate.

The Cuban regime is entangled in the Venezuelan immigration crisis, not only because chavistaauthorities continue to repeat the same old excuses, and engage in opportunism, but also because they are active agents in generating the circumstances that force so many Venezuelans to emigrate.

International organizations, reacting to the migratory avalanche in recent weeks, have condemned the Maduro regime’s handling of the crisis, but without mentioning Havana.

Those who say that the phenomenon goes beyond a country, and has become regional, refer only to countries bordering on Venezuela, but fail to talk about the Castro regime’s involvement.

And, on very rare occasions, the Venezuelan opposition takes this into account in its protests.

Meanwhile, Havana continues to receive its oil subsidies, even though the price of gas has gone up in Venezuela lately. Havana is also in the business of issuing Venezuelan passports – the same ones those who are now fleeing have been denied. And Havana continues to dispense its expert counsel on how to carry out repression against the Venezuelan opposition and anyone who criticizes it.

Those throngs of Venezuelans in the images, who see no other solution than emigration, point directly to the Castro regime and its responsibility. Venezuela is what Cuba would have been if it had land borders. And if what is happening on its borders spills over and outside the country, and the crisis becomes a regional one, the Cuban regime’s responsibility for this must be acknowledged.

Attentive international organizations, and the Venezuelan opposition, which are well aware of this, should make it public once and for all.