In the current project of the new Constitution one finds the original sin, which has been present in Cuba since the year 1959: confusing Homeland with Party and Nation with Revolution.

The bishiop of Santiago de Cuba, Monsenior Pedro Meurice, warned of this publicly during Pope John Paul II’s visit to that province in January of 1998. 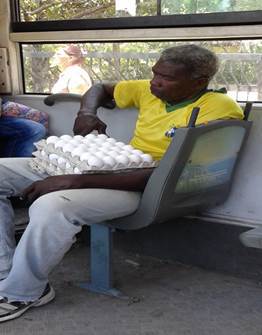 Mixing them and manipulating them, with the dark purpose of prolonging the existence of the latter, and granting them a role and importance that they lack, only serves to confuse citizens and make them commit errors in assessment and analysis on the questions that concern the country and themselves.

Its application in Cuba demonstrates it: here the Party and the Revolution occupy the foreground and the Homeland and the Nation are simple catch-alls. Everything that is carried out, in any sphere, is an action or result of the Revolution, which prolongs itself indefinitely over time, while everyone knows that it is simply a temporary phenomenon, framed within a start and a finish (the time of transformations), which then gives way to the establishment of its precepts in a government.

Here nobody says “the government did such and such,” but rather “the Revolution did it,” adding, furthermore, “under the direction of the Party.”

This induced confusion of concepts has served to dismantle the characteristic public-spiritedness of Cubans, during the second half of the 19th century and the first of the 20th, that made them active subjects of society, substituting it with a fanaticism, also induced, responsible for the loss of values and the current civic passivity, waiting for the problems of the Homeland and the Nation to resolve themselves, worried only about surviving, whatever it takes.

1 thought on “Reports from Cuba: The original sin”