“Talk about a power lunch: Cuba leader Fidel Castro broke bread last week with a group of Hollywood titans, including CBS Television CEO Leslie Moonves, and MTV Networks chief Tom Freston…The execs flew to Havana, toured the city and sat down for a 4-1/2-hour lunch with Castro. One exec familiar with the trip said the travelers found Castro “fascinating and charismatic.”(Variety, Feb, 2001.) 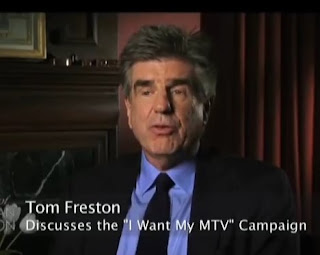 Just so I’m clear: The Stalinist dictator who criminalized rock music under penalty of forced-labor camp and torture chamber, who jailed and tortured the most gay, black and female political prisoners in the modern history of the Western hemisphere—this mass-torturer/murderer “fascinated!” the head of MTV.

In fact, the Castro brothers and Che Guevara often outdid their Soviet patrons in outlawing and punishing typical MTV behavior. While the Rolling Stones were performing for a huge crowd of Polish kids in Warsaw in 1967, for instance, Cuban kids were being herded into forced labor camps with billy clubs and bayonets for the crime of (clandestinely) listening to the Rolling Stones, or growing long hair, or wearing blue jeans.

“Youth must refrain from ungrateful questioning of governmental mandates!” commanded Fidel’s Stalinist sidekick Che Guevara. “Instead, they must dedicate themselves to study, work, and military service.” “Youth,” wrote Guevara, “should learn to think and act as a mass!”

“In a famous speech, Che Guevara even vowed “to make individualism disappear from Cuba! It is criminal to think of individuals!”

“These (long-haired) youths walk around with their transistor radios listening to imperialist music!” raved Fidel Castro in a 1968 speech. “They corrupt the morals of young girls — and destroy posters of Che! What do they think? That this is a bourgeois liberal regime? NO! There’s nothing liberal in us! We are collectivists! We are communists! There will be no Prague Spring here!” 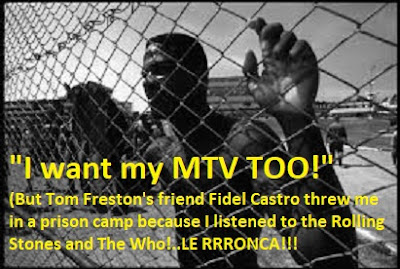 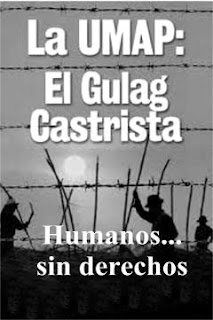 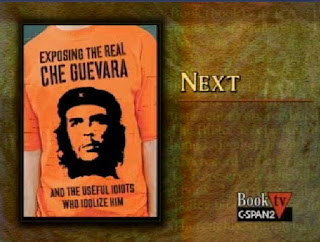