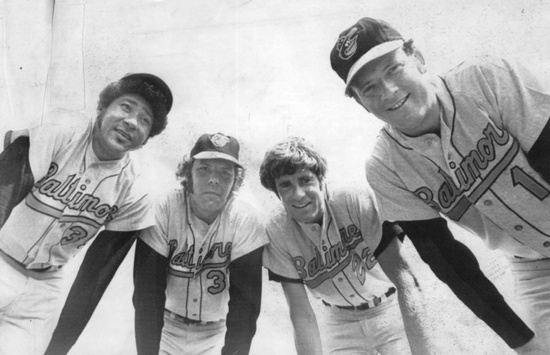 We remember the late Mike Cuellar and one of the greatest moments in baseball history.

On this day in 1971, Jim Palmer won his 20th game becoming the fourth Orioles pitcher to do so that season. They were the first staff since the 1920 White Sox to accomplish such a feat.

The four starters were:

McNally and Cuellar passed away a few years ago. Palmer is doing TV and had a very successful career doing commercials also. I don’t know what Dobson is doing these days.

The pitching staff was supported by a lineup that included Frank Robinson, Brooks Robinson, Boog Powell PLUS the amazing defense of shortstop Mark Belanger and center fielder Paul Blair.

The 1969-71 Orioles were one of the best teams of the 20th century and managed by Earl Weaver!