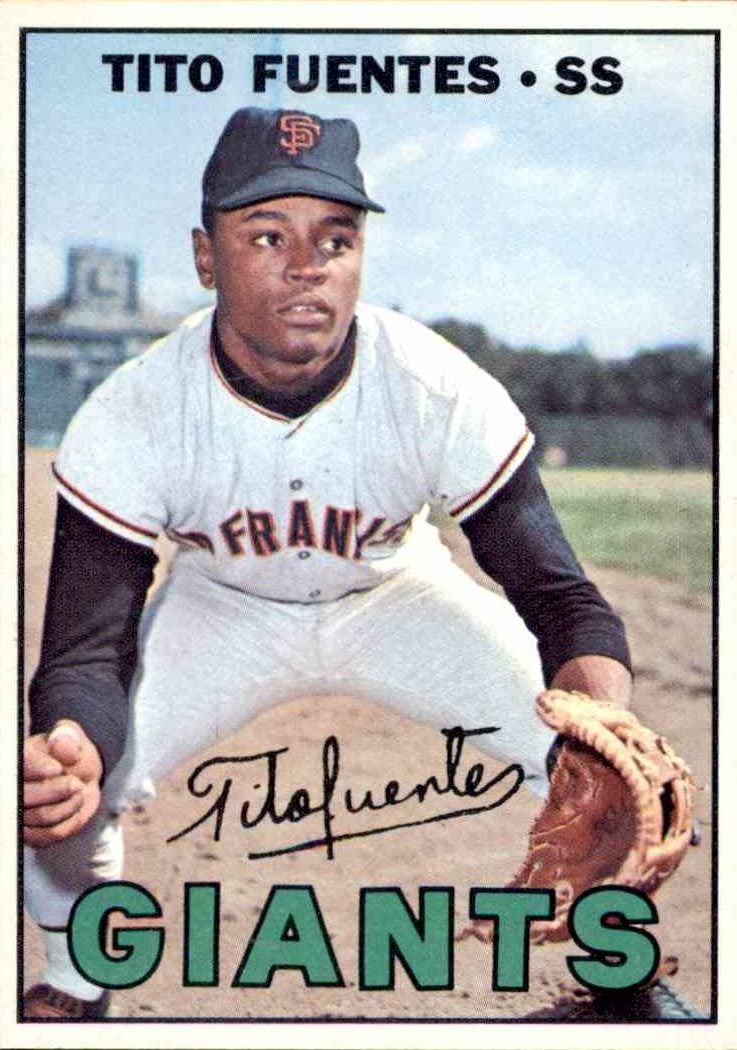 Rigoberto “Tito” Fuentes was born in La Habana, Cuba and signed by the Giants as a free agent in 1962. We believe that Tito Fuentes was one of the last players to leave Cuba before the doors were shut.

He broke with the Giants in 1965 at 21. He was an infielder and enjoyed some good seasons with San Francisco, San Diego and Detroit.

In 1976, Tito made news when Detroit paid him $ 90,000 as their first free agent. It was in Detroit that he earned a reputation for being a bit flashy and giving the media some great quotes:

“They shouldn’t throw at me…I’m the father of five or six kids.”

Fuentes became a baseball announcer after playing. He works in the Giants’ Spanish network.