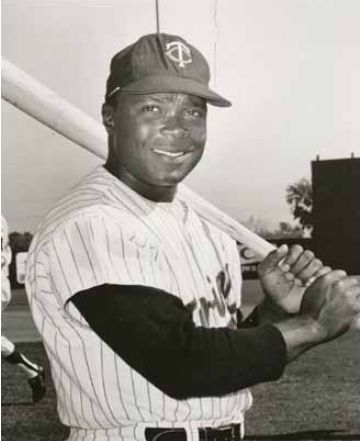 Hilario Borroto Valdespino was born in Cuba on this day in 1939.

He broke into pro-baseball with style hitting a 3-run home in Midland, Texas in what they used to call Class B ball, or rookie league today. He ended that rookie season hitting .295, 11 HRs, 62 RBIs, and a team-leading 12 triples. Wonder what those baseball fans in Midland Texas thought of the little Cuban who could fly around the bases?

Sandy, as he was known, broke with the Minnesota Twins in 1965 hitting .261 and playing in 5 World Series games against the Dodgers.

He was one of 4 Cubans on that team: the great Camilo Pascual, eventual AL MVP Zoilo Versalles & 3-time batting champ Tony Oliva.

He bounced with several teams after that finishing with the Royals in 1971.

We remember Sandy as one of the original 1970 Milwaukee Brewers. After going hitless in nine at-bats he was sent to Portland or the AAA affiliate. He never played in the majors again.

Later, he was a coach in the Yankees’ organization until he retired.