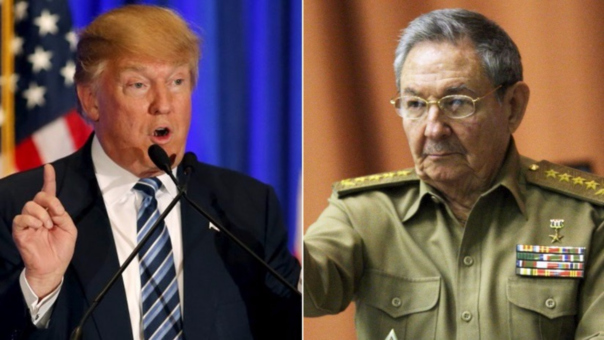 Not long ago, Raul Castro was hoping that the Obama approach would bring dollars and tourists to Cuba. He is getting a rude awakening.

We just got news that the Trump administration is looking to tighten the Cuba embargo, according to this story:

The Trump administration is weighing what could become the most serious tightening of the U.S. trade embargo on Cuba in more than two decades — a move that could unleash a flurry of lawsuits against foreign companies that have invested on the island.

A 1996 law known as the Helms-Burton Act give Americans the right to sue companies profiting from properties confiscated by Cuba’s government after its 1959 socialist revolution. That potentially could allow hundreds of lawsuits against corporations around the world, from Spanish companies that run Cuban hotels to Chinese and Turkish firms renovating Cuban ports.

But every U.S. president since Bill Clinton has suspended the key clause, known as Title III, because of its potential to alienate U.S. allies and complicate any future American detente with Cuba.

This is very interesting — and is quite justified.

Over the last 50-plus years, the Castro regime has been doing business with stolen property. They confiscated hotels, breweries, manufacturers, and even individual brands. Cigars, for example, sold at duty-free shops without regard for patents or trademarks.

A few years ago, I saw these cigar brands sold in Mexico. I remember telling my father about the names, such as Partagas & H. Upman, and he said that those were all private companies built by entrepreneurs over the years.

None of those investors or owners were compensated for what the Castros called “nationalization”.

Good move by Secretary Mike Pompeo! The Castro regime got away with massive robbery, and it’s time to hold them accountable.