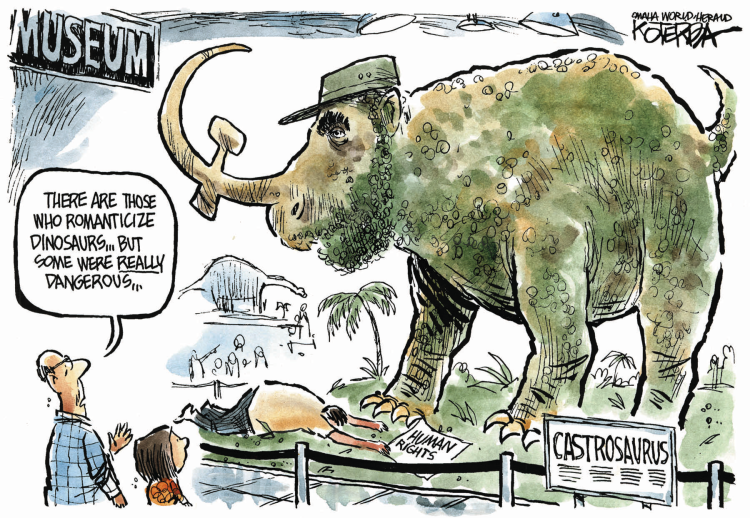 According to news reports, things are not going Maduro’s way:

Overnight, the smaller-scale protests that began on Monday began to spread, with a throng of demonstrators in Bolivar state setting alight a statue of Hugo Chávez, the leftist firebrand who established Venezuela’s socialist state and anointed Maduro as his successor before dying of cancer in 2013.

Burning Chavez? My guess is that Hugo is happy that he did not live to see the end.

So far, the Trump administration is playing this correctly. They are publicly supporting the opposition and calling for honest elections in Venezuela.

The bad news is that there may be some bloodshed ahead. Maduro’s gang will not leave gracefully because the Chavez’ regime has been “very good to their wallets” to paraphrase Chico Escuela.

The good news is that the public is not afraid to go out and march anymore.

Over in Cuba, they have to be watching all of this with concern. Venezuela has been Cuba’s “oil sugar daddy” for years but can’t fill the regime’s tank anymore.

Did the meteors kill the dinosaurs? I don’t know, but whatever is falling in Venezuela appears to signal the end of the corrupt Chavez-Maduro reign.