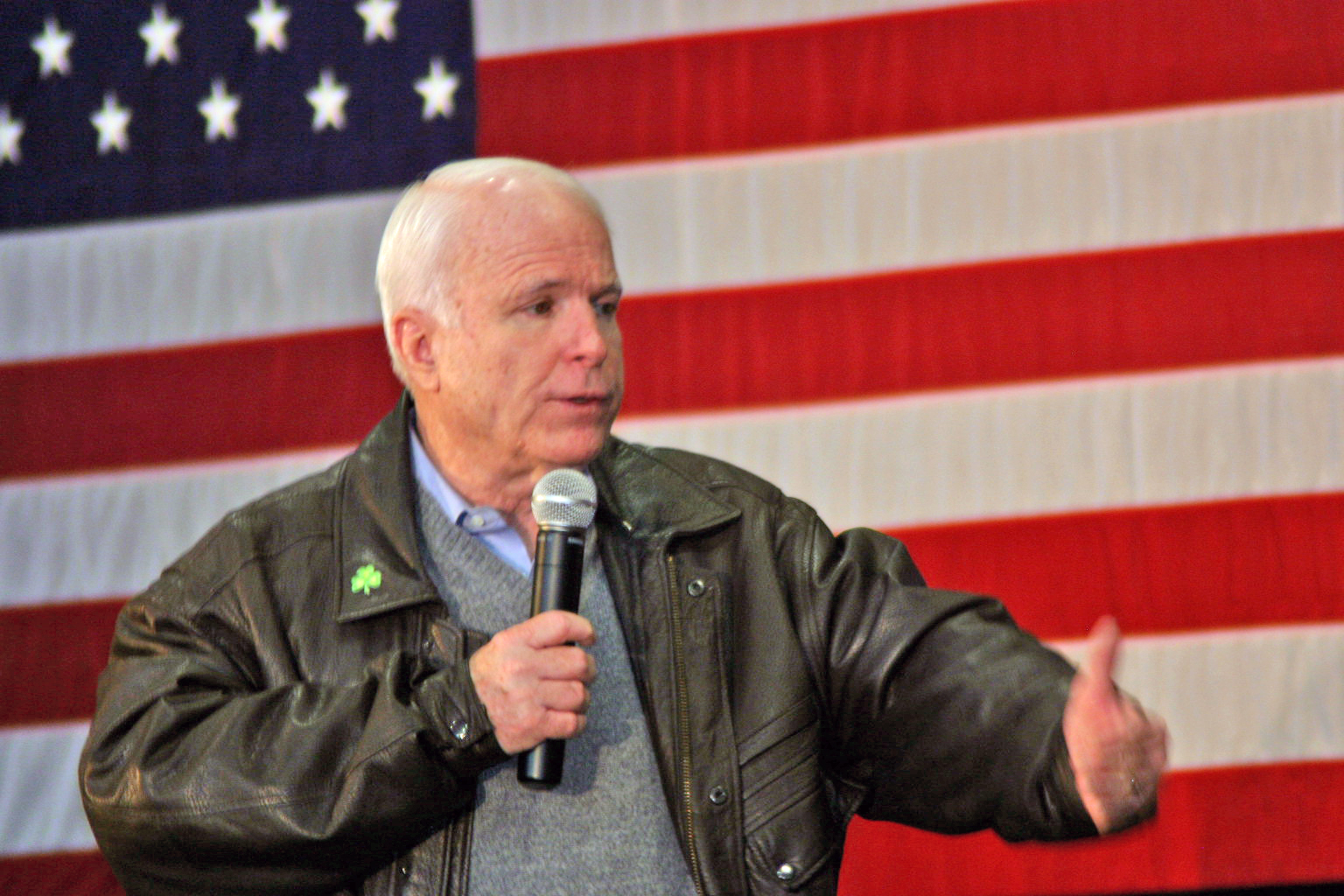 Some call the late Senator McCain a RINO. Some say that he was wrong on this and that.

Yes, he drove me crazy with that late night vote against repealing Obamacare.

Nevertheless, I’d rather remember him as a man who was right on national security at a time when it was politically convenient to be wrong.

Back in 2007, it was Senator McCain who fought back efforts to “cut and run” in Iraq. He never played “polls” with Iraq like Hillary Clinton, John Kerry, John Edwards and more.

My guess is that a few things would have been very different if Senator McCain had won in 2008:

1) He would kept a military presence in Iraq and stop ISIS from running all over the region and driving refugees to Europe;

2) We wouldn’t have Obamacare. President McCain would have fought for “tax credits” to purchase health insurance, such as $5,000 for a family and $2,500 for an individual. It would have been a better option than this mess we have now:

3) We would not have Justices Sonia Sotomayor and Elena Kagan. Just think about that and the “same sex marriage” decision taken away from states and voters;

4) No Iran nuclear deal or Paris climate change accords. President McCain would have told Iran and others that the deals would not get pass U.S. Senate ratification;

5) No confusion over our support of Israel;

6) No one would have dared cross a red line, as happened in Syria under President Obama;

8) President McCain would have never created DACA by executive decree. He would have probably call on Congress for some immigration reform but always after making the border safe. He said often during the campaign that he learned that lesson after the failed McCain-Kennedy effort of 2006.

It was not his time in 2008 and the voters chose differently. McCain would have been a strong president with an understanding of national security.

Would he have made every conservative happy? Probably not. But I live in the real world. McCain would have left this country in far better shape than Obama.

Rest in Peace Senator McCain and thank you for that courage in Vietnam.