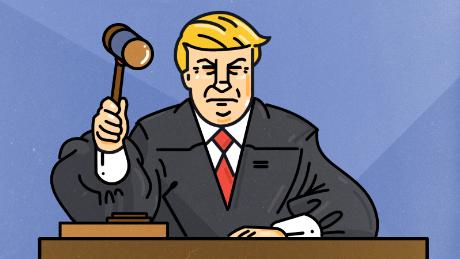 Back in 2016, many of us were not on the Trump bandwagon.    As I wrote on Babalu, I voted for Senator Rubio in the Texas primary because of his apparent elect-ability.     Later, I was hoping for a Kasich-Rubio ticket because of Florida and Ohio.

On election day, I voted for Trump for one reason, i.e. The Supreme Court.   In other words, I knew that Donald Trump would make better selections to the court than Hillary Clinton.

Trump won, we got Gorsuch and the “Janus” ruling.  It will end the cozy relationship between public sector unions and the Democrats.  Private sector unions will go on but the political landscape in California, Illinois and other “blue” states will change.

Beyond that ruling, we’ve seen a conservative coalition stick together and issue strong opinions, from the travel ban to the wedding cake decision.    President Trump has also appointed some strong people to the appeals courts, or where a lot of judicial activism comes to an end.

Last, but not least, President Trump has been more realistic on Cuba than his predecessor.