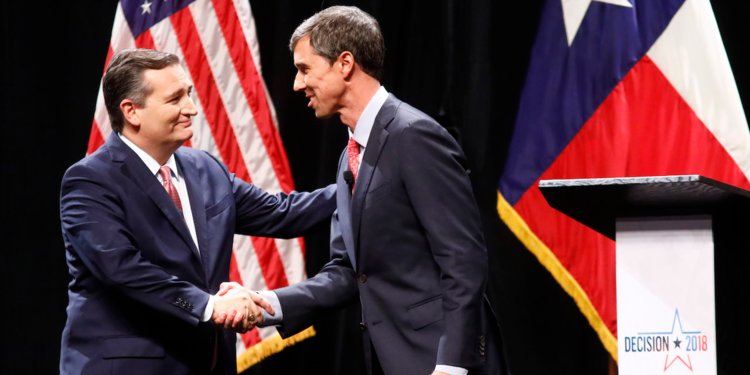 A few hours before the debate, a new poll showed Senator Cruz up by 7. This is the latest poll showing him over 51% and leading between 7-9 points.

The biggest moment for me was the question about abortion. I’ve been wondering for some time if someone in the media would ask about it. To be fair, the question was about Justice Kavanaugh and Roe v Wade, but Senator Cruz turned it immediately about abortion.

In particular, Senator Cruz brought up the issue of partial abortion, or specifically the vote in February banning abortions in the U.S. after 20 weeks.

A recent article in the Ft Worth Telegram pointed out Beto’s abortion problem:

A friend relayed a recent conversation she had with another friend, a Hispanic woman and social conservative, who was singing the praises of the congressman. When my friend lamented that O’Rourke was not only pro-choice but held an extreme view on abortion (he voted against a 20-week ban), the response was complete surprise. “I didn’t know he supported abortion. They never mention it on Spanish radio.”

They never do. Abortion, Roe v Wade, reproductive rights or “it’s a woman’s body” are never heard south of Austin. It’s like Democrats give two speeches, one that mentions abortion and another one that avoids the issue like the plague.

My guess is that it gave conservative women another reason to vote early for Senator Cruz.

My second guess is that it hit a lot of Hispanic women hard. They didn’t like Wendy Davis in 2014 when she was talking about abortion.

Beto’s is rising but not in Texas. Look for Beto testing the waters in Iowa next year. Let’s see how that turns out!

The election in Texas is over.