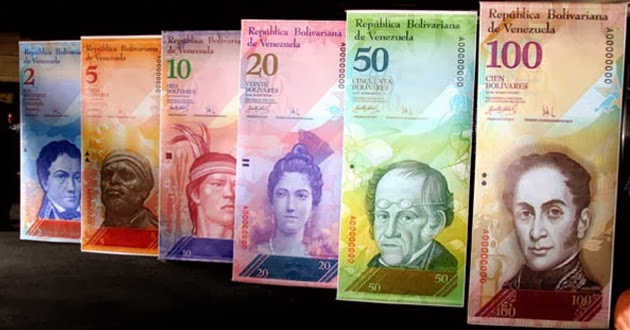 The situation in Venezuela took another turn for the worse.    We learned that “el Bolivar” is down again:

Venezuela’s bolivar currency tumbled 18 percent against the U.S. dollar on Thursday on the black market, ahead of the inauguration of a legislative superbody that the opposition says will give President Nicola Maduro sweeping new powers.

The currency data, provided by the widely-tracked but opaque website DolarToday, show the bolivar fell just under 60 percent to 17,981 bolivars per dollar over the last month as countries around the world urged Maduro to back off the idea of electing a “constituent assembly”.

The vote, boycotted by the opposition, was held on Sunday.

On Thursday, Maduro said anyone caught using DolarToday to calculate higher consumer prices would be punished.

“I have given instructions … that those who try to raise prices based on DolarToday be detained,” the president said during a televised address.

The constituent assembly, to be inaugurated on Friday, will have broad powers, including that of re-writing the constitution.

Maduro says the assembly will bring peace to the oil-rich but economically-ailing country, after four months of opposition street protests that have left more than 120 people dead. He is widely blamed for the country’s deep economic recession, exacerbated by food and medicine shortages.

What a sad story, specially for those of us who remember when one US dollar meant 4.29 Bolivares.   I guess that this is what happens when socialists mismanage the nation’s resources and destroy the local constitution.

The bolivar is worthless these days……..Click to read: