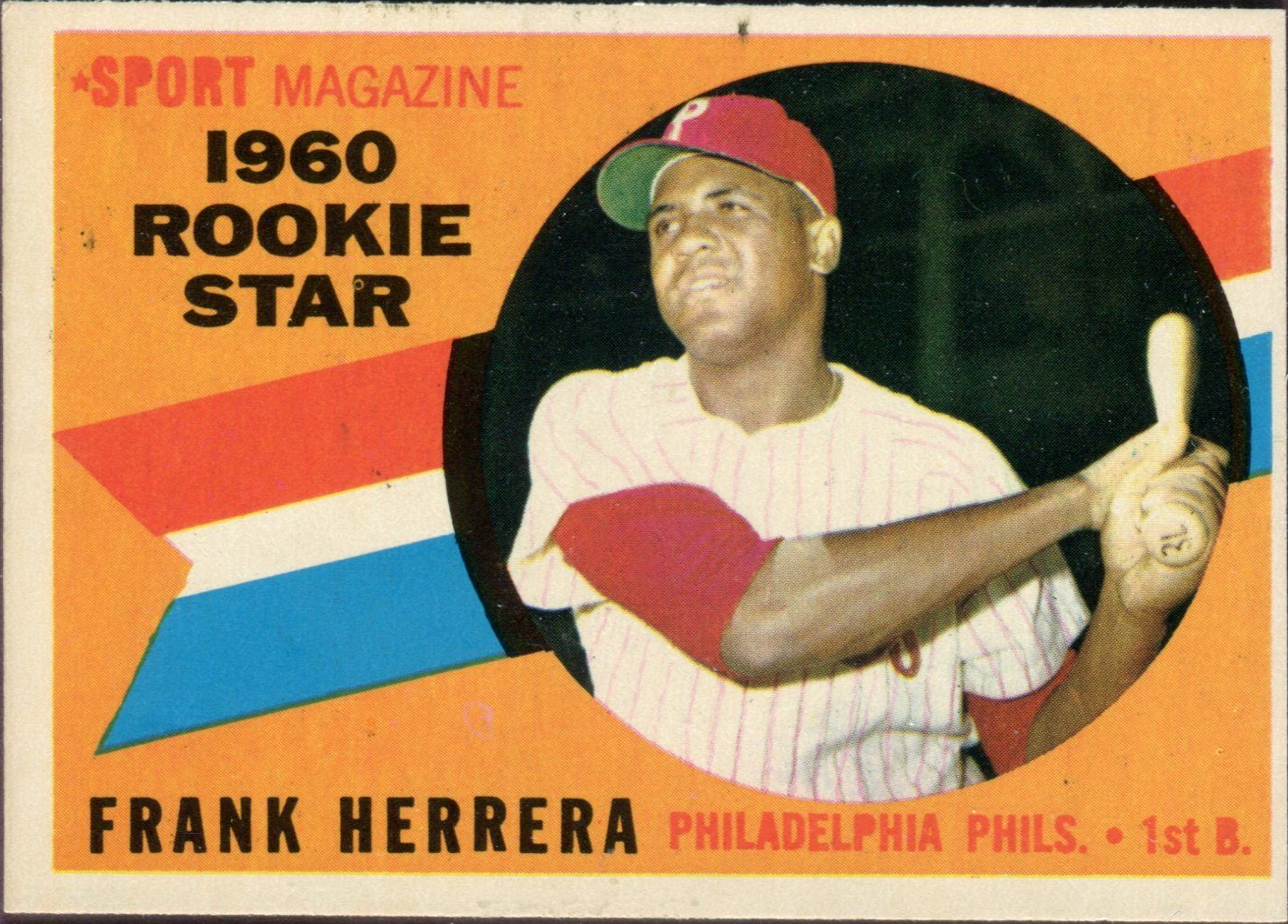 Juan Francisco (Villavicencio) Herrera was born June 16, 1934 in Santiago de las Vegas, Cuba.   He was known as Frank or Pancho or even Panchon.

Herrera began his baseball career in 1954 with La Habana in the Cuban Winter League.    His manager was the legendary Adolfo Luque, a major leaguer from the 1920’s.

The Philadelphia Phillies signed him in 1955 (their first black Latino player) and he spent the next few years between the minors and the Cuban league.    He played with fellow Cubans, Tony Gonzalez, Tony Taylor and Octavio Rojas in the Phillies’ organization.

After the majors, Panchon played for various seasons in Mexico.  He led the league with 39 HR in 1969.   They remember him as one of the great power hitters in Ciudad del Carmen, Mexico!   He was a big favorite there with Mexican baseball fans.

Herrera died in Miami in 2005.    We remember him as one of the last Cuban players to play in the US and the old Cuban Winter League.